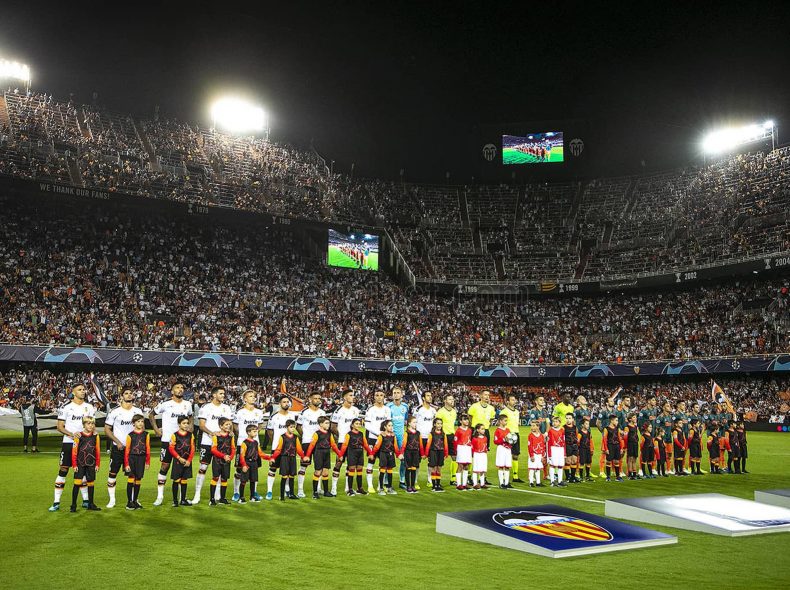 Mestalla sounds better than ever with DAS Audio

The Aero-50, HQ-112.95 and Artec-510A sound systems, strategically located in the stadium, enhance the fan experience with a unique, clear and powerful sound. Attending a game at Mestalla is something unique where feelings and emotions run very high during the 90 minutes of a football match. Last Wednesday, October 3rd, after the installation of the new sound system in the stadium, the music of the Champions League could be listened and felt like never before thanks to the newly installed DAS Audio system.

In an attempt to improve the entertainment experience and offer better opportunities to club sponsors, Valencia CF has made a large investment in improving the sound system at the stadium. The system will offer the fans a great listening experience before, during and after the matches.

After an exhaustive study carried out by Valencia CF engineers and an examination of the needs and demands of LaLiga, the club decided to install two DAS Audio line array systems at either side of the main video scoreboard.

Additionally, over 50 sound systems were distributed throughout the stadium. Thirty-four HQ-112.95 systems were installed in Grada de la Mar and Grada Gol Sur, ten Artec-510A in Tribuna, and twelve Artec-510A in the Amphitheatre. The system design maximizes the uniformity and intelligibility of the music and sound effects and it has the capability to reproduce sound with a level of excellence typically experienced at musical shows rather than at sporting events.

Inaugurated in 1923, Mestalla is the oldest stadium in LaLiga, so installing a state-of-the-art sound system was a challenging and exciting undertaking which was successfully accomplished. The DAS Audio setup was used for the first time on Wednesday’s Champions League game with the live performance of DGRACE, unique celebrations of the goals and the music of the Champions League that sounded like never before.