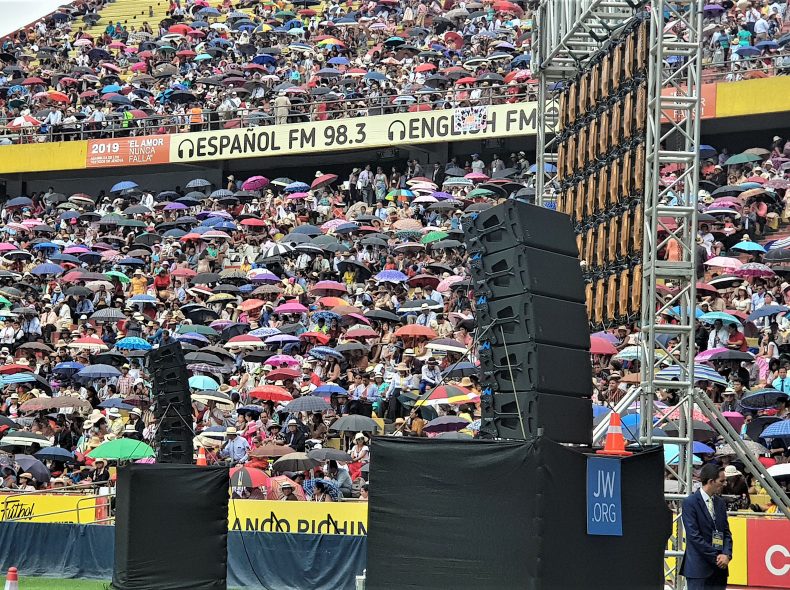 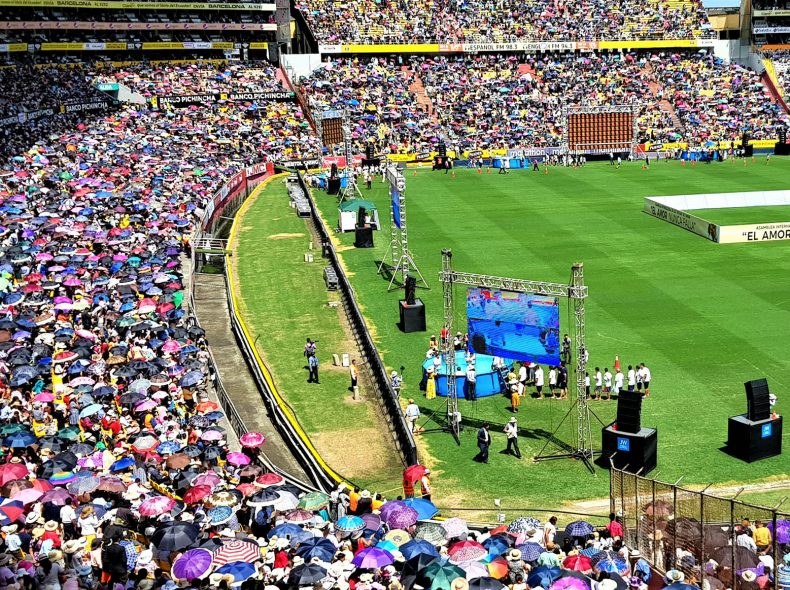 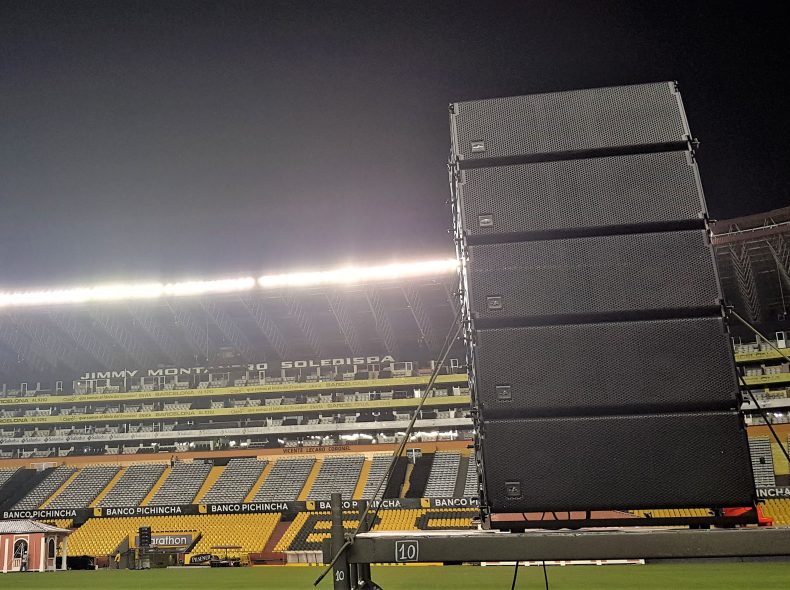 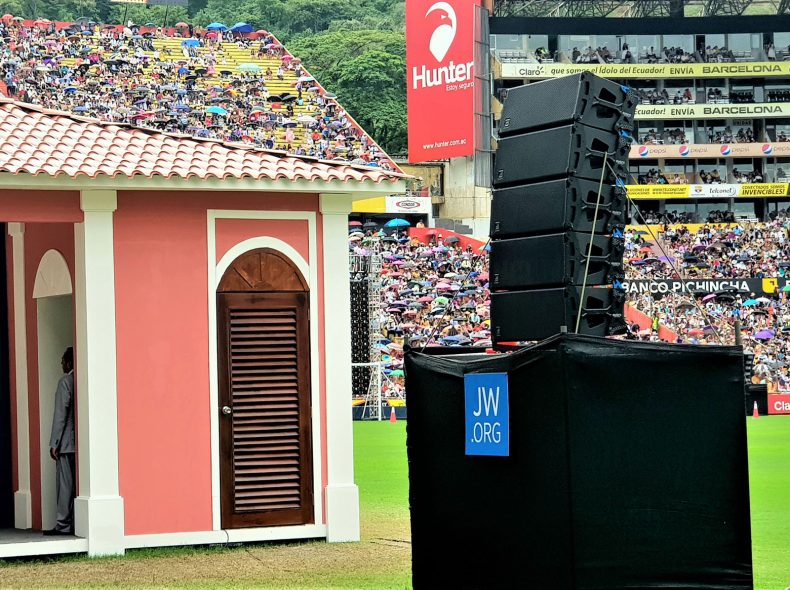 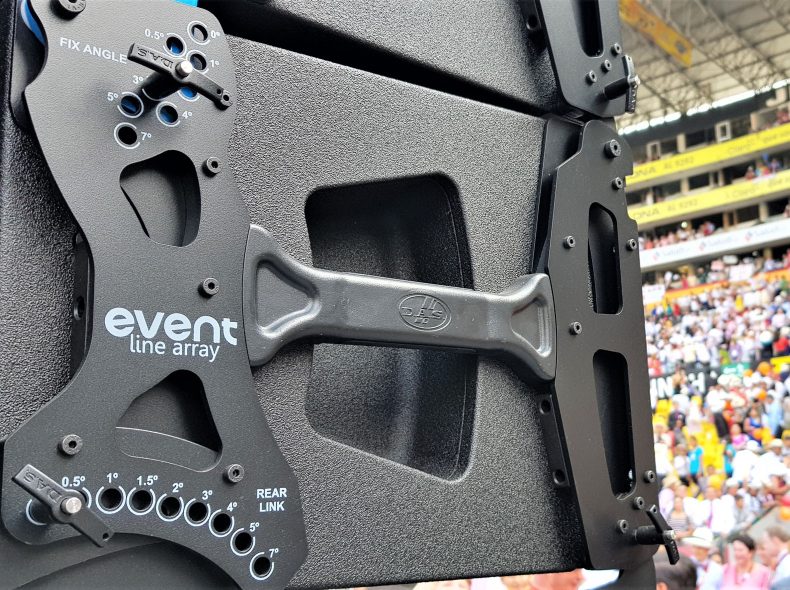 Designed to adapt from fixed to portable installations and from stadiums to concert halls, the EVENT series was able to meet the acoustic and organizational requirements of the International Convention of the Jehovah’s Witnesses celebrated in Ecuador.

The Convention met in the Monumental Stadium of Guayaquil (Ecuador) from the 14th to the 16th June and drew a daily presence of 55.000 participants from 45 countries. Fernando Nanao, tech-support for DAS Audio Latin America, and Jorge Portilla, sound engineer at the event, worked hand to hand to make the International Convention a memorable event for the large audience that gathered at the Monumental.

The project design for the Convention kicked off at the Miami office where the DAS Audio team decided to deploy the EVENT-212A system. Thanks to the line array´s performance and powerful DSP it was possible to optimize the system configuring the number of units and different throws for each cabinet in every zone, which led to the saving on wiring, processor outputs, installation time and optimization. Jorge Portilla comments that “the installation was easy and fast, as was the setup of the system”.

The configuration of the system included sixty five cabinets of EVENT-212A rigged in thirteen clusters of five EVENT-212A each, combining EVENT-212A (with 90° horizontal coverage) and EVENT-212.120A (with 120° horizontal coverage), along with two DSP 4080A. Portilla reports that “the EVENT line array ran smoothly and delivered quality sound throughout the stadium despite having a parallel system for the reproduction of simultaneous English”.

Sound was reinforced for the reproduction of the simultaneous translation distributing point sources in the corners of the stands. The objective was to obtain high intelligibility of the speeches and the music all over the audience zones, including those where the two languages overlapped. Portilla adds that “we were actually using the system at a level below its maximum capability and despite this, we obtained a powerful and clear sound throughout all the stadium”.

The engineer concludes “we were all very pleased with the results. The participants at the Convention and the organizing committee were impressed with the quality and high intelligibility of the sound. The clarity of the speech, the music and the videos could be appreciated from the stands up to the boxes”.